Current is passed through the filament wire to provide the energy required to eject electrons from its surface. The filament holder provides a positive potential to assist in this process.

Electrons are repelled by containment lenses, while guidance lenses interface the Cell with the parent instrument. No RF potentials are used. ECD occurs as ions pass through the electron cloud. 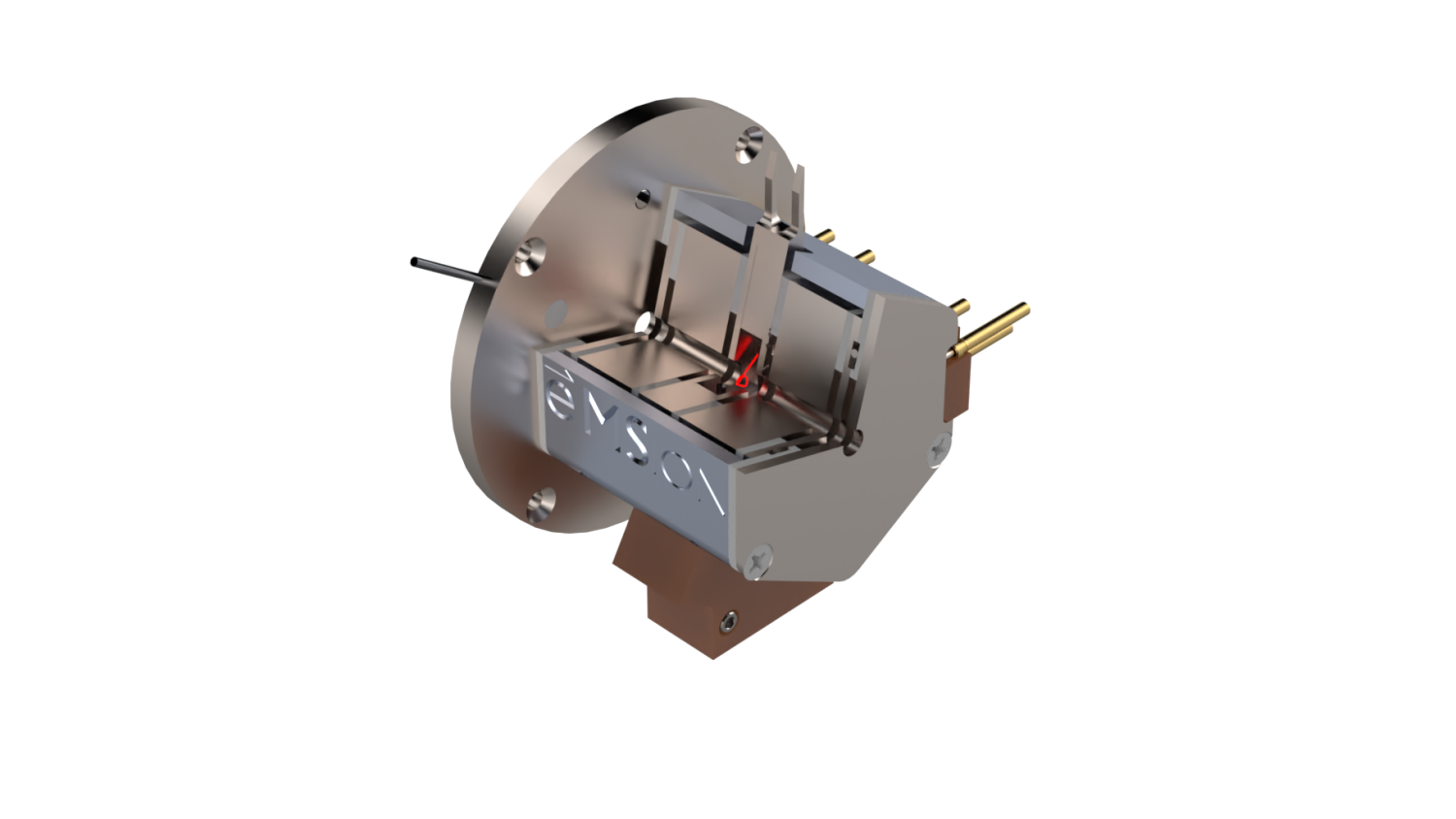 The e-MSion ExD cell enables fast and effective electron-capture dissociation (ECD) of peptide bonds, which can substantially improve the bottom up as well as top down characterization of protein proteoforms. The ExD cell can be retrofitted into current generations of the most widely used types mass spectrometers including Q-TOFs and Orbitrap QEs without changing the flight of analyte ions through the cell. Because of this, the installation of the ExD cell maintains the key functionality of the basic mass spectrometer without significantly altering transmission, sensitivity or resolution.

CID fragmentation remains fully functional and provides complimentary fragmentation information when combined with ECD to provide more confidence in peptide and protein identification. The ExD cell also can produce side chain fragmentation (particularly w ions) that can distinguish isobaric leucine from isoleucine and aspartate from isoaspartate. Because side chain fragmentation is more commonly produced by higher energy electrons from Electron-Induced Dissociation, we have adopted the more general term ExD to describe the cell. To learn more about applications of the ExD Cell, visit our Example Data and Publications pages.

The capture of an electron by a positively charged peptide becomes particularly efficient when the energy of the electron is extremely low (less than 0.3 eV). Because of the need to maintain these low electron energies, and because of self-repulsion of electrons, the opposite polarities of electrons and multiply-protonated precursor ions, and the 6-orders-of-magnitude difference in the masses of electrons vs precursor ions, mixing ions with enough electrons to produce efficient ECD has been a difficult engineering challenge. Therefore, ECD has historically only been available in expensive FTICR mass spectrometers.

Electron Transfer Dissociation (ETD), which involves mixing analyte cations with oppositely-charged electron donor anions, was developed to improve the accessibility of electron-based fragmentation. Both ECD and ETD have proven the power of electron-based fragmentation to achieve more complete sequence information from large peptides and entire proteins, while preserving labile post-translational modifications far better than possible with CID. However, the cost and complexity of implementing ETD and FTICR-ECD has limited their general adoption.

A set of eight DC voltages are provided by a computer-controlled power supply to 1) guide protein analytes through the ExD cell, and 2) pull electrons from the filament to intersect the protein analytes along the central axis.  The appropriate voltages are preset and only minor adjustments to the outer lenses are needed to change from bottom up analyses of peptides to work with large protein complexes.

The ExD cell can be switched in milliseconds to a transmission-only mode without ECD fragmentation, which allows for rapid switching between MS1 and MS2 modes.  Because the ExD cell operates with static DC voltages, its optimization and operation are straight forward for a wide range of analytes.

To overcome the limitations of existing electron-based fragmentation techniques, our ExD cell uses carefully sculpted magnetic fields to confine low-energy electrons along the flight path of peptides or proteins flying through the mass spectrometer.  Electrons are at least a million times lighter than even small peptides and thus are strongly held by magnetic field lines.  The key is to produce magnetic field lines that will guide electrons from an electron-emitting source along the central axis to maximize overlap with protein analytes passing through the ExD cell. 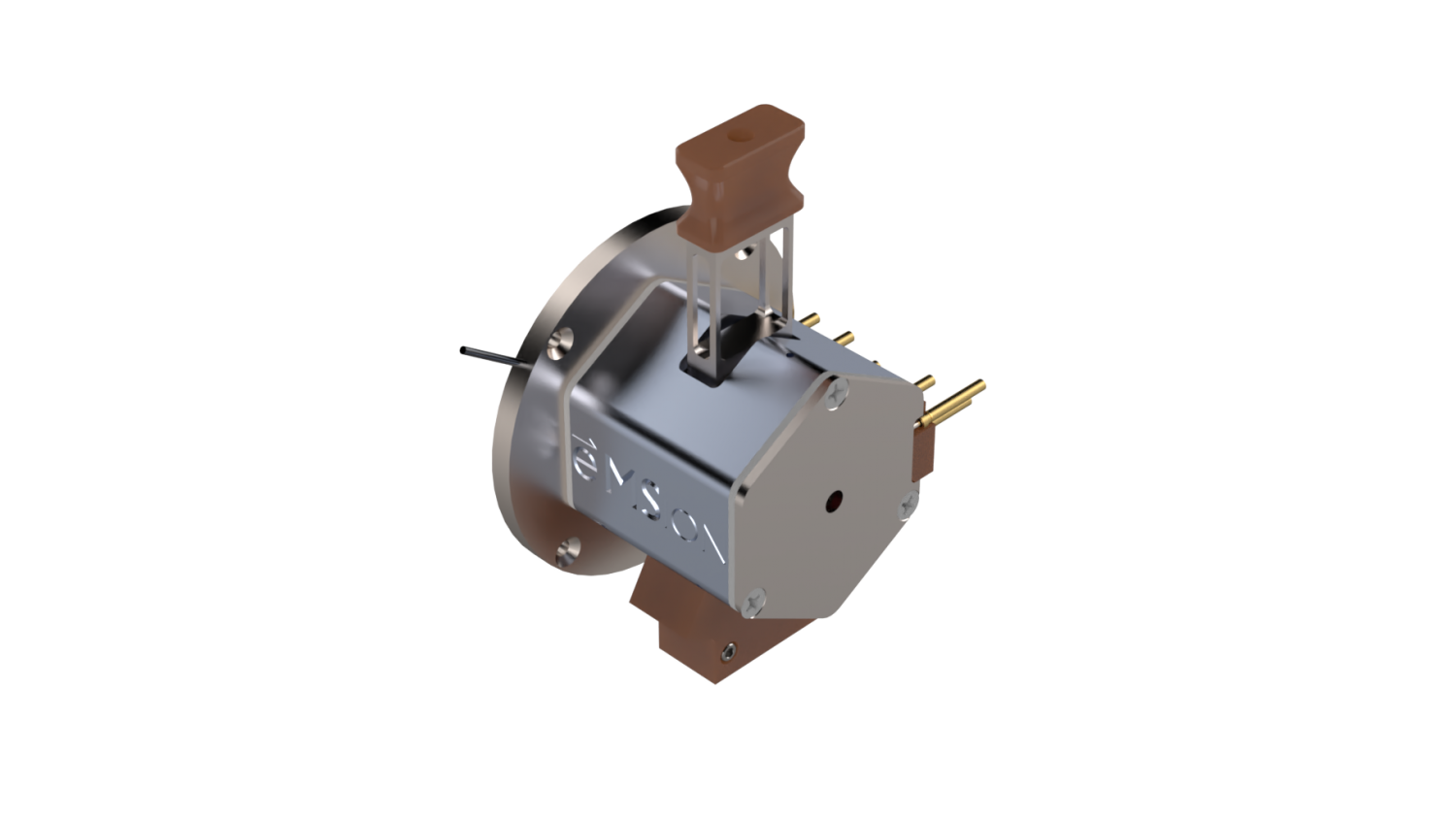 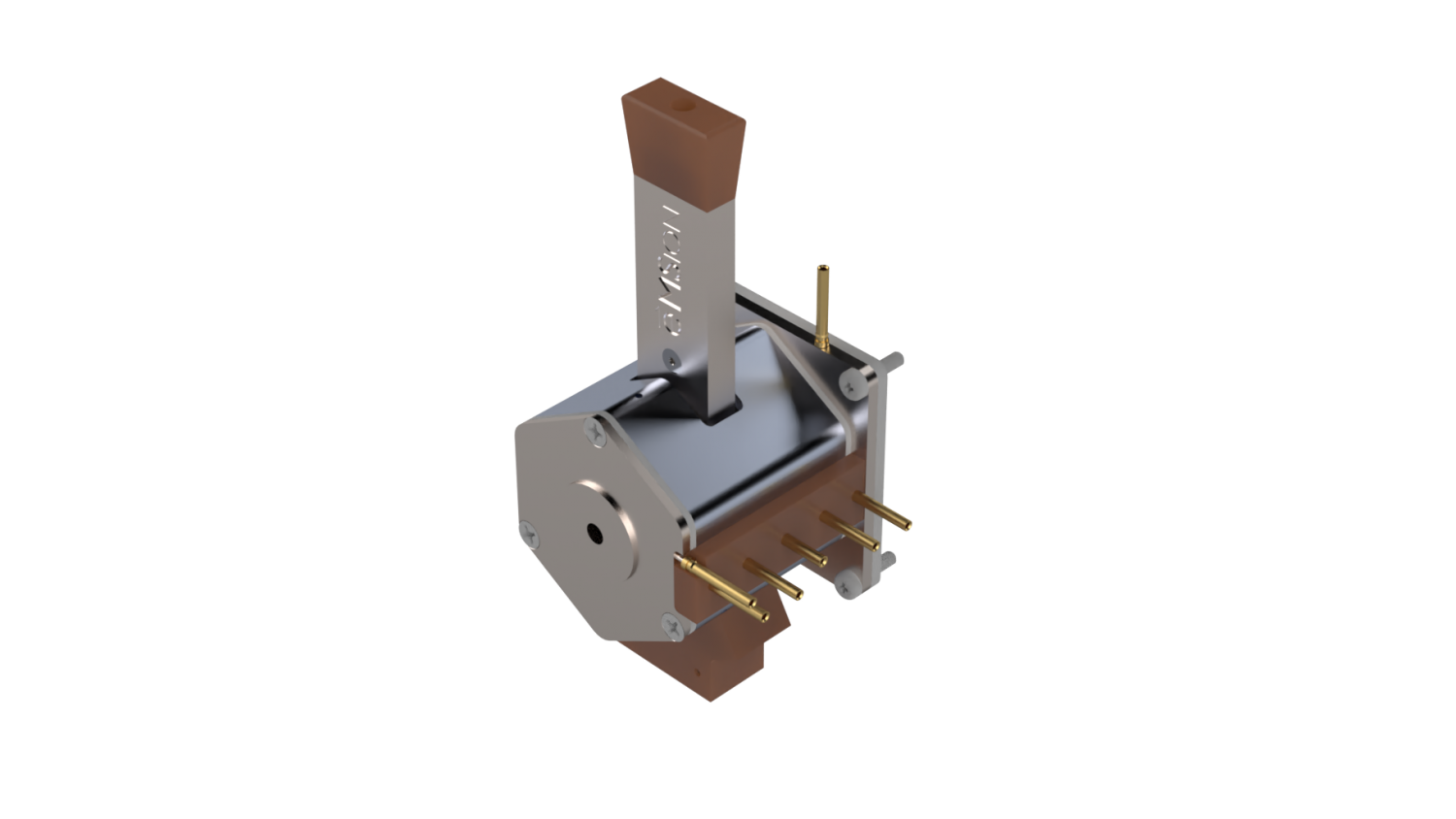 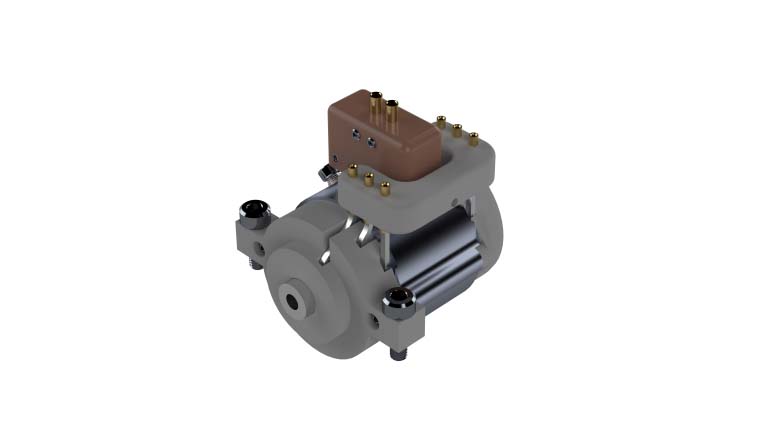 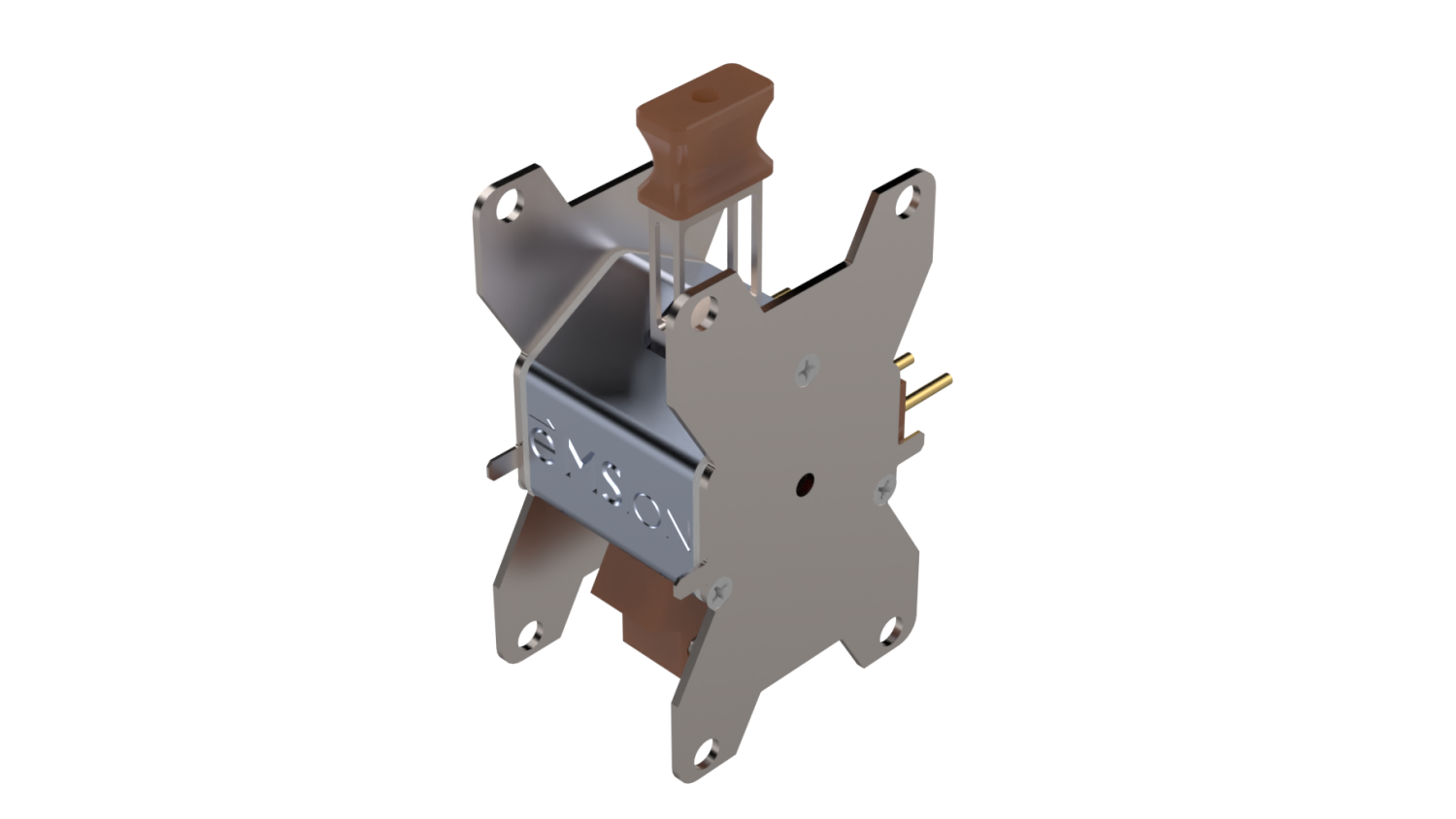